Foundation and new start of INES

In 1997, the Institute for New Era Strategy (INES) was founded as a company limited by Mr. Tetsuo Kondo, former LDP member of the House of Representatives, after his retirement from politics. Mr. Kondo began his career at the Ministry of Finance, and as a Diet member, he held the posts of Minister of Labor, and Minister of Economic Planning.

Throughout the years, INES has undertaken research from a private sector stand-point, with the aim of making policy proposals with fundamental solutions for urgent issues in the areas of economics, finance, politics, foreign affairs, etc., and has continually provided a forum for learning through the arrangement of breakfast study sessions.

INES re-started its operations as a general incorporated association in July 2018, and will continue to provide a venue for people to gather and deepen discussions on the issues that Japan faces now and in the future.

General outline of the association

INES aims to make policy recommendations aligned with the new era and conducts the following businesses. 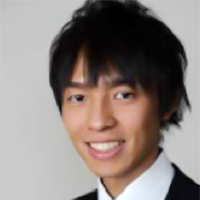 Junta Asai President
Born in Chiba on May 24, 1985. Mr. Asai succeeded INES Co. Ltd. in 2009 and took the president’s office. In the breakfast study sessions every month, he presents policy analysis on political system, fiscal policies, financial issues and others. Also provides advisory services on public policies to Diet members, government offices, corporations and other organizations through research, survey and planning. After graduating the university, he entered a consulting company and provided services mainly to clients based overseas in the areas of IT, finance, pharmaceutical, food, energy and others. Since 2013 he has been a Director at a public policy advisory company. 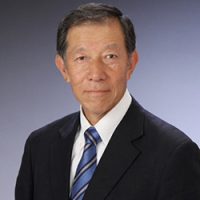 Ichiro Umeda Chairman
Born in Oita on October 21, 1952. Mr. Umeda graduated from Okayama University, Faculty of Law and Literature, Department of Law. He received MBA at Keio Business School. He joined Taito Pfizer (now Pfizer Japan Inc.) as a Medical Representative. He served as the Director in charge of Management Planning, Personnel, General Affairs, and Drug Business Promotion. Mr. Umeda took the seat of President of Pfizer Japan Inc. in December, 2009. He retired Pfizer in 2018 and became the Chairman of INES, upon its establishment. 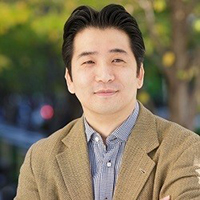 Kazumasa Oguro Director
Professor at the Faculty of Economics, Hosei University. Born in 1974. Graduated from the Faculty of Science of Kyoto University and received Ph.D. in Economics at Graduate School of Economics, Hitotsubashi University. Prof. Oguro joined the Ministry of Finance (MOF) in 1997 and experienced Assistant reviewer of laws, Chief Deputy Director of Review Division, Custom Bureau, Chief Researcher of Policy Research Institute (PRI) of MOF, and Associate Professor at Hitotsubashi University, and took the current position in April, 2015. Currently he also serves as Senior Visiting Researcher at PRI, and Consulting Fellow at Research Institute of Economy, Trade and Industry (RIETI), and Advisor to “Japan Vision: Health Care 2035”. A member of Expert Committee on Pension Division of Social Security Council, a Director of Kajima Institute of International Peace, and Director of INES, Chief Researcher of The Canon Institute for Global Studies. Specialized in Public Economics. Author of “Deep Layer of Financial Crisis” (NHK), “Consumption Tax can Exceed 25% even in Abenomics” (PHP), “Will Populism in Finance and Democracy lead to Debt Crisis” (Nihon Keizai Shimbun), “Scenario Analysis of Crisis: After Financial Reversal” (Nihon Keizai Shimbun), “Economics of Drug Prices” (Nihon Keizai Shimbun”.) 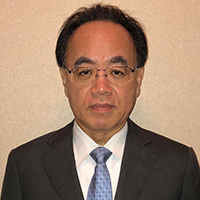 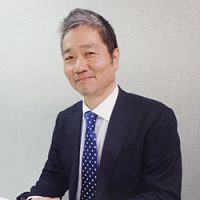 Ray Gotoh General Manager, Public Affairs Department
Managing Director of Japan Counselors, a communications consulting firm for corporate clients. Graduated from Hosei University, Faculty of Business Administration and joined Japan Counselors. For over 30 years, he served to more than 50 clients most of which are foreign corporations, and planned and executed communications strategies. He took a position of Senior Consultant in 2006. He became the General Manager, Public Affairs Department in January, 2013.

Record of past breakfast study sessions

INES is proud to have hosted sitting Ministers and other superb speakers who are leading figures in the Japanese economic community, academia and other fields. The three consecutive Governors of the Bank of Japan, the Minister of Health, Labor and Welfare, the Director-General of the Budget Bureau of MOF, and the Chief Medical & Global Health Officer of the MHLW have been our speakers in the past. In the 21-year history of INES, we have had around 300 speakers.